Jon Boden has become the "stand out performer of his generation" (The Guardian) of traditional folk artists, but one whose repertoire extends far beyond the boundaries of the genre, from leading progressive folk juggernaut Bellowhead to his work in Spiers & Boden and as an acclaimed solo artist. ‘Last Mile Home’ is Jon's fifth solo album and the final album in his climate-change trilogy.

Released March 2021, ‘Last Mile Home’ describes a journey from moor to coast in a landscape empty of human life but overflowing with nature. A meditation on solitude, memory and nature, the album was recorded during the spring/summer of 2020 and is full of the sounds and images of the landscape reclaiming an abandoned world. In this third part of a trilogy of post-climate change concept albums, Jon returns to the more acoustic sound-world of 2009’s, Songs From The Floodplain whilst retaining the narrative drive of 2017’s, Afterglow. ‘Last Mile Home’ was recorded with producer Andy Bell at Jon’s storage unit, next door to a Sheffield steel fabricators. New field recordings from Edith and Eric the Edison “Standard” Model BPhonographwax cylinder machines feature throughout the album. The record also features renowned folk singer Mary Hampton and the Remnant Strings.

‘Last Mile Home’ follows on from the success of 2017’s ‘Afterglow,’ the release of which was followed by the launch of the 11-piece Jon Boden & The Remnant Kings which toured the UK in autumn 2017 and spring 2018. Summer 2018 saw the big band in demand for major folk festivals including Wickham Festival, Beautiful Days, Snape Proms and Shrewsbury Folk Festival. ‘Afterglow’ was followed up by ‘Rose in June’ which celebrated renditions of live favourites such as ‘Beating the Bounds’ and ‘All Hang Down’ performed by this bigger full band line up.

Jon Boden is best known as the lead singer and main arranger of Bellowhead. After twelve years, a quarter of a million album sales, seven singles on the Radio 2 playlist and selling out hundreds of venues throughout the land and beyond. Widely respected as an interpreter of traditional song, his solo live shows showcase Jon’s instrumental talents on fiddle, guitar and concertina, as well as his trademark ‘stomp box’ which he and John Spiers introduced into to the world of traditional music in 2001. Through his solo work and his work with Bellowhead and Spiers & Boden, Jon has won eleven BBC Radio 2 Folk Awards. 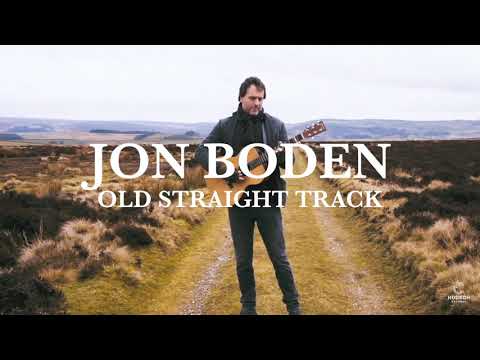