An MP3 download of the album comes with the LP. 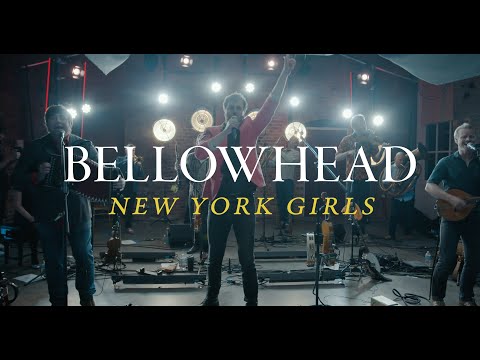 After 12 amazing years, the UK’s most successful folk band Bellowhead called it a day in 2016 going out in characteristic style with a sell-out show at the London Palladium. It’s taken a few years and a global pandemic, but to the delight of their many fans, the band ‘Reassembled’ for a one-off worldwide concert stream last December, marking the 10th anniversary of their 3rd album Hedonism.

Bellowhead re-connected online during the lockdown in 2020 and for the sheer fun of it remotely made and released ‘New York Girls At Home’ – all from their respective homes around the UK. This unplanned performance was warmly received and ignited another idea for the band to reunite – in person – for a full length recorded show at a mansion house just outside London. This one-off performance was broadcast online in December 2020, selling over 10,000 tickets and featuring a host of Bellowhead favourites, including New York Girls, Roll Alabama, London Town and Roll the Woodpile Down.

Reassembled is the live session recording from the 2020 online broadcast. It's the bands’ first release as a double vinyl LP and is also available on CD and digital. The album features all your Bellowhead favourites including Parson's Farewell featuring the tune Hudson's Hornpipe written by Sam Sweeney for Hudson Records' very own hound Hudson!